Alexandre Barros (born October 18, 1970) is a Brazilian former professional motorcycle road racer who is a 7-time 500cc/MotoGP race winner and also a race winner in Superbike World Championship. After a long Grand Prix career, in 2006 he moved to the Superbike World Championship. He returned to MotoGP for 2007, but retired by the end of the season.[1] 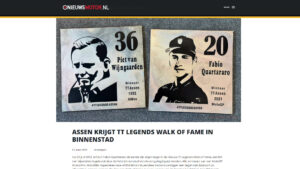